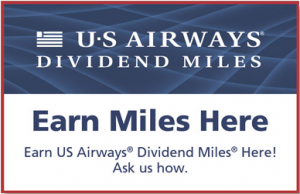 So whats better than knowing that your financial situation is being taken care of?  Earning US Airways Dividend Miles while doing so!

We are implementing a Dividend Miles program in place for new and existing miles!

Details here or click “US Airways Promo” on the right.

Want to wish everyone a very happy father’s day celebration. Hope you have a chance to fire up your BBQ and enjoy the day with your family…. and watch the Greek Elections of course. =)

Last week I had the pleasure of attending a Bloomberg/Aberdeen Investments conference in NYC, with a panel of economists and other experts discussing the Greek and European crisis. Will not bore you with the details, however will leave it with this.

The European crisis is primarily about consumer, private debt. The consumer is now trying to deleverage (pay down their debt), and as a result, is not spending so much in the economy. To a degree, similar to what we faced here in 2008 trying to pay down the home equity debt.

While this crisis in Europe is big, the key thing to keep in mind, crisis will come and go. An easy way to think about the situation is to think of a long dark hallway, where the only thing you can see is a light at the end, however you do not know what obstacles are in the way.

This is where we are right now, we know we will get through this, however we just do not know how long it will take. Europe will not fall apart much like the world did not end here in 2008. Can it get a bit panicky and volatile? Sure, but that is to be expected.

In any case, the elections in Greece tomorrow in most likely case will be good news anyway.

Scenario 1 is, the New Democracy party wins and they support the EU Euro Austerity plans. Euro Central Bank will step in and support as necessary.

Scenario 2 is, the Liberal party wins, and want to leave the Euro Zone, the Euro Central Bank steps in to support the rest of the Euro Zone.

In all seriousness, Greece does not even matter that much in the grand scheme. Rhode Island’s economy is the size of Greece. The US and Emerging Market economies will pick up the slack and help Europe recover. Two countries in particular, China and Russia, sitting on their surpluses can come in handy to raise money for EU economies.

On Tuesday will have a blog post recapping the weekend results and discuss something on everyone’s mind… the measly 1% 10 year CD rate. =)